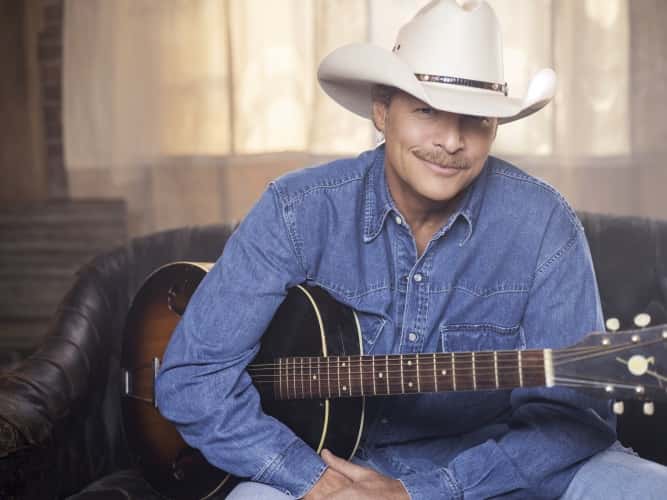 Show Is Rescheduled for Friday, February 5, 2021;
All Tickets Will Be Honored

(FOR IMMEDIATE RELEASE) Country music superstar Alan Jackson’s June 26, 2020 concert at
the JQH Arena in Springfield, MO is being rescheduled; the show will now take place on Friday,
February 5, 2021.

The postponement stems from an ongoing need for caution and a desire to look out for the well-being of all concert attendees, venue personnel and staff, band and crew, and all involved in the show given continuing uncertainty regarding current COVID-19 related health and safety concerns.

Tickets for the June concert – and for the original date of March 27 – will be honored at the rescheduled date in 2021.

Country Music Hall of Famer Alan Jackson is set to launch his 2020 tour right after the first of the year (January 10th), headlining arenas and festivals through October (detailed listing below, with more dates to be added). The three-time CMA Entertainer of the Year will be thrilling audiences far-and-wide as they relive their favorite songs night-after-night in city-after-city. Tickets and information for all Alan Jackson 2020 Tour dates are available at alanjackson.com/tour, where you can find information about Alan, his tour schedule, music and more. Jackson is again teaming up with CID Entertainment to offer fans VIP experiences at nearly all of his 2020 shows.

Alan Jackson’s concerts find the country icon performing hits that have gained him legions of longtime fans, songs that continue to draw new crowds as new generations discover his music. Jackson’s repertoire stands the test of time; it has impacted all sorts of artists who cite Jackson as an influence. It’s these same songs – many written by Alan – that have earned him his place alongside country music’s greatest names and cemented his place in its history with membership in the Country Music Hall of Fame and the Songwriters Hall of Fame. Fans will hear the songs they love from the man who wrote them and made them famous – enduring hits such as his debut single “Here in The Real World”…signature songs “Chattahoochee,” “Drive” and “Gone Country”…party anthems “It’s Five O’Clock Somewhere” and “Good Time”…and many, many more.

Jackson’s 2020 schedule – kicking off in January – includes a Valentine’s Day visit to his home state of Georgia…a spring return to Stagecoach, which he last played in its inaugural year (2007)…a summer night headlining the 40th annual Country Concert festival in Fort Loramie, Ohio…and a stop in Music City, where his last full-scale concert was held to celebrate the kickoff of the Nashville Predators’ 2017 home stand in the Stanley Cup Finals.

In addition to other special guests, many of the tour stops will showcase some of Jackson’s favorite rising stars who play at AJ’s Good Time Bar, his self-owned honky-tonk on downtown Nashville’s famed “Lower Broadway.” Jackson has a long history of giving new talent their first chances to perform in front of arena-size crowds – artists who’ve been on one of their “first big tours” with Alan include Brad Paisley, LeAnn Rimes, Sara Evans, Chris Young and, more recently, Jon Pardi and Lauren Alaina.

Alan Jackson’s extensive touring history and music catalog have gained him worldwide acclaim, from critics and fans alike. In 2020, he’ll continue his tradition of “keepin’ it country” as he brings 30 years of hits to Springfield!