Brad Paisley: LIVE FROM THE DRIVE-IN 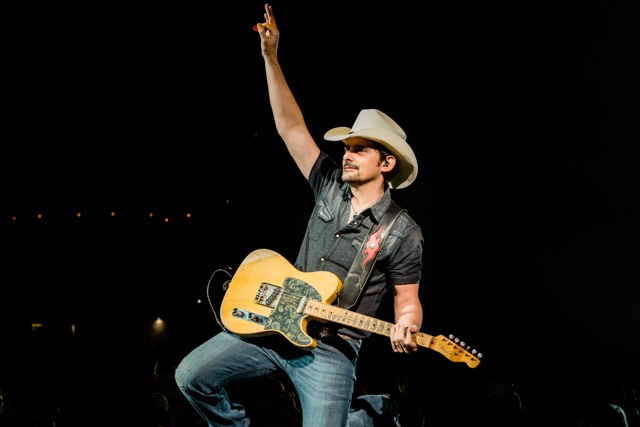 Introducing the Live From The Drive-In concert series, a fun and easy way for everyone to reconnect and tap into a sense of community in a safe manner.

This is a once-in-a-lifetime experience for fans and the artists to return to LIVE.

Tickets prices are per car, with a maximum of FOUR people permitted per car.

• Each car will have an allotted reserved space around their vehicle to tailgate while practicing social distancing.

• There will be full LED screens & speakers throughout so fans can enjoy a truly live concert experience.

Brad Paisley has written 21 of his 24 #1 hits. His 11th studio album, LOVE AND WAR, which was released April 21, 2017, was his 9th consecutive studio album to debut #1 on Billboard’s Top Country Albums chart. Paisley is a critically acclaimed singer, songwriter, guitarist and entertainer whose talents have earned him numerous awards, including three GRAMMYs, two American Music Awards, 14 Country Music Association Awards (including Entertainer of the Year), among many others.