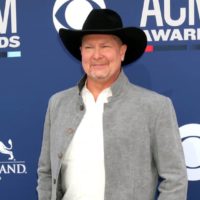 Tracy Lawrence has released the second installment of his three-part/30th anniversary project — “Hindsight 2020 Volume 2: Price of Fame.” The 12-track collection is the follow-up to the 12 songs previously released for “Volume 1: Stairway to Heaven Highway To Hell.”

The new project has Eddie Montgomery teaming up with Lawrence for the album’s title track “Price of Fame,” and Tracy Byrd joins Lawrence for “Holes in the Wall.” The album mixes new compositions with remakes of some of Lawrence’s classics.  Lawrence says of the project: “Can’t wait for everyone to hear this next set of songs – some we’ve given a second life to and also, the new ones that I hope fans embrace the way they’ve done over these past 30 years.”